Two of the five best curry restaurants in Scotland are in Midlothian, according to reviewers on global Internet service Google. The Radhuni in Loanhead is ranked number two and Itihaas in Dalkeith number five in the top 20 based on Google users who left reviews after their meals. Both restaurants are owned and run by […] 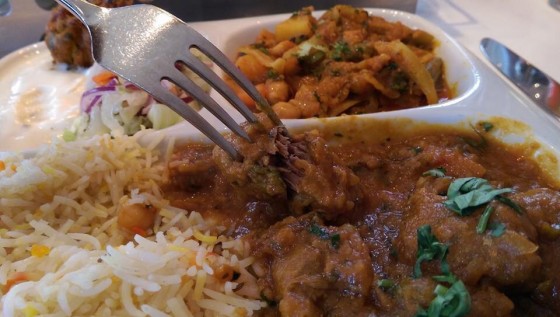 Read a great review by Gerry Haughian of his lunchtime experience at Itihaas! Read the full review at Gerry’s Kitchen website. “Starting with a chana on puri that we shared between us. Just as well we shared because it was a huge starter that would have defeated Nicola if she had to take it on […]

Read an excellent review of Itihaas by Tam Cowan of the Daily Record on Saturday 8 March 2014. Tam scored us 27/30 which was one of the highest scores of the year so far!